Here are some Demon Princes I did up to go with the same army as the Soul Grinders. Ken over at Next Level hasn't gotten to painting them yet. I did a Tzeentch, Nurgle and an Undivided one.

Sorry that is has been a while since my last post. I have been spending my time posting my projects on Facebook, but am going to try to update the blog to keep up. These models were painted by Ken at Next Level Painting

Back Again, and Lots to See! 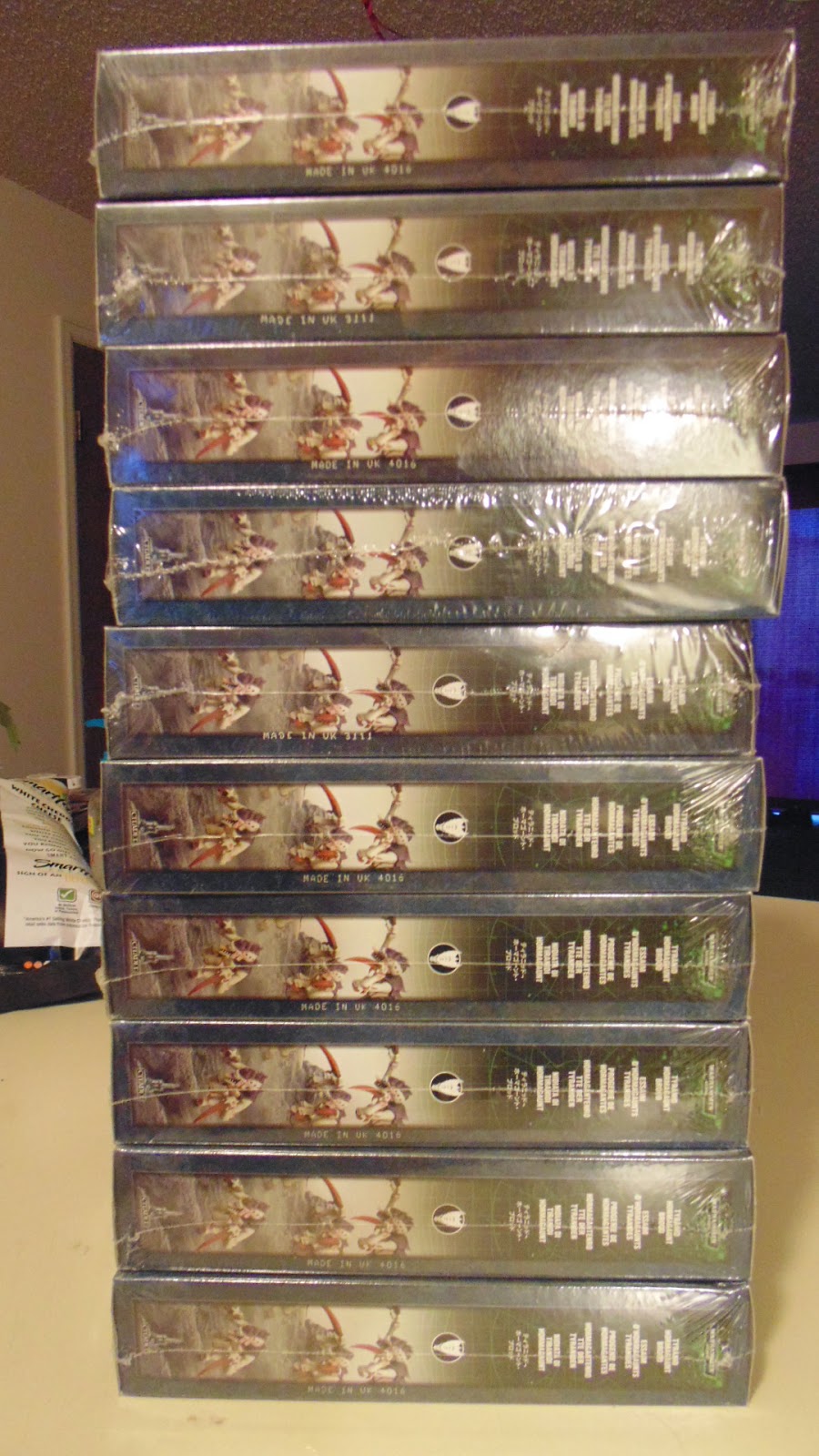 I've been away for awhile. This was largely due to health issues, but now I am back and have been working on some conversions. The first up is 120 converted Termagants! 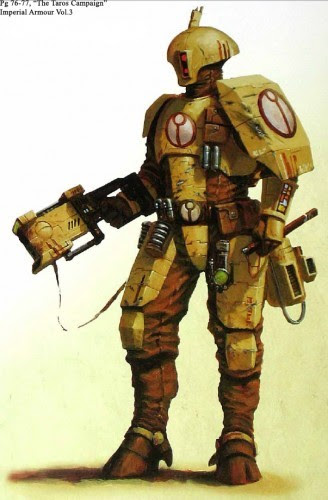 Now that the Tau Codex has been out for a few weeks, I feel I can make a more objective review of the book. Early read throughs  by myself, and my gaming group had a less than positive view of the Tau book. The general view point that we had was that the book was marginally better, if better at all, than the previous book. This notion came about from the one major “Nerf” of the Tau Codex, the reduction of Broadsides from being S10 AP1 to S8 AP1. The army seemed like it had no new tricks really, but all I can say to that is that I, and my friends, were misguided.

Before I get into any in-depth thoughts on this book, I need to illustrate a few perceptions that I have first. Since, 6th dropped, I have felt that the game play best represents Epic: Armageddon, which in my opinion is the best rule set GW ever published. This view was never better enacted than with the new Tau Book. The best aspect of each army in Epic is that they play exactly to the fluff. The new Tau Codex does this perfectly. So, just know that the Tau Codex is best played the way Tau fight…

When I first got my hands on the book, I immediately looked at what was different and the points. Like most, my first few drafts were all about firepower. Tau are THE shooting army, right? Yes and no. Imperial Guards are about quantity, were as Tau are about the quality. Though I have known this since 3rd, it is sometimes tough to stay on track and see the nuances in the book right away.
First lesson, Tau will not win the game through sheer might.

My first lists consisted of things like 2 units of Broadsides and 2 Riptides with the wrong upgrades.

After the initial ideas proved wrong, my next set was all about tricks. Invisible Farsight Bombs or Infiltrating, Invisible Riptides. Both were novel, and could win games, but not stand in a competitive environment.

Lesson 2, tricks are for kids.

After a series of mind bombs, destroying my early perceptions, I now have better ideas as to how the army should be played. The best way to describe that is fluid. The army needs to be able to respond to different threats on the fly. Not in the sense of an all comers list, but more like that of a master surgeon with a Swiss Army Scalpel.

This section will be by far the longest, so stick around.

Tau in previous editions have suffered from a variety of short comings. These mainly consisted of assault and reserve list that Alpha Striked(namely Drop Pods). In the new edition these can be mitigated by the smart commander.

First thing we need to do is look at the new rules and wargear available to the Tau. I’m going to skip over supporting fire, as this one is obvious enough. What I want to concentrate on is Early Warning Override, Velocity Trackers, Command and Control Node, and  Multi-Spectrum Sensor Suite. These items combine to make the biggest difference in the book.

First up is the Early Warning Override. This upgrade is simple enough. It allows for intercept. This is huge. It allows a unit to have a greater command of the game and serve multi roles. What seals the deal on this one is the 5 point price tag. There is so much to this simple upgrade. This is your anti reserve upgrade and to a lesser extent, anti air. Consider this upgrade on a unit of 3 Broadsides with max missile drones and High Yield Missiles. A unit that deep strikes in, outflanks, or comes on from reserves can be targeted at the end of their movement phase. You can shoot them with either 12 shots from the Missile Pods or 12 from the Smart Missiles. You can only shoot one system as the multi tracker only works in your shooting phase, but that is fine. Consider a Drop Pod coming in with a Dreadnought, you can scrap it right away and then in your next turn target another unit in their turn with their remaining weapons or do it the reverse were you nuke an out flanking Genestealer unit with your Smart Missiles and unload your S7 shooting into a Big Bug in your turn. Now consider it on a Riptide were he can unleash a S8 AP2 Large Blast weapon with a range of 72” on a unit coming in from reserve. Kill the squad in the drop pod or those pesky cultists coming on from the board edge. The Riptide being a monstrous creature can shoot both his weapons this way if he chooses to.

Next are Velocity Trackers. This one is pretty straight forward. You can choose to use the skyfire rules when shooting. At 20 points this is pretty expensive. I would only put on things sparingly. I will get into my idea of its proper use later on.

The new signature systems for Command and Control Node and Multi-Spectrum Sensor Suite are close in their operation and in my opinion should be used in tandem so I will cover them together.  Both can be used together and only when you forgo your shooting. The first allows you to reroll your shots and the second ignore cover. Both effect the entire unit. It is important to note that neither can be used in the opposing phase, so no intercept or overwatch with them. They are amazing. A unit of 3 suits with will average the same amount of hits with all equipped with guns or 2 with guns and 1 with these and these ignore cover. I love these upgrades, and used correctly are so deadly and so versatile.

Puretide Chip is another standout in the codex. It is the perfect example of my ideas of being fluid with your Tau force. It allows you to choose counter attack, furious charge, tank hunter, monster hunter or stubborn each turn. And these do carry over into the other turn.

These upgrades all work amazingly well together. Let me give you my basic example of what is possible with all of these. For this example we will have a Commander with the Multi Spectrum Sensor Suite, the Command and Control Node, the Puretide chip, a missile pod, Early Warning Override and a velocity tracker for flavor. He will be joined to a unit of Broadsides all with High Velocity Missiles, Early Warning Overrides and 6 missile drones.

In your turn your unit happily kills something, a tank we will say, and in this example your Commander did not shoot so he was able to use all his gear and he choose tank hunter for the puretide chip. In your opponents turn something comes in from reserves, it can be a flyer or anything for that matter. In this we will use a flyer as the example. The Commander intercepts and skyfires with 2 shots, both should hit as they are twin linked and BS5, and the Broadsides shoot 12 shots twin linked averaging 3.66 hits for a total of 5.66 hits or 6 for the average. 6 hits with S7 and tank hunter is enough to kill most flyers out there in one snap. So then your turn comes around.

Your commander cant shoot so he automatically gets to activate his systems again twin linking those drones and giving them ignore cover. Add in the Smart missiles and you can kill something else. So the beauty is that with this combo you can kill something every turn(yours and your opponents) so long as he has reserves, and your Commander still gets to shoot even though he isn’t shooting in your turns. Taking two broadside units, one with missiles and the other with rail guns is an easy evolution for this idea so you can join the commander which ever unit is needed.

Stay tuned next week as I discuss more with the Tau and look into units battlefield roles and things to do with them. 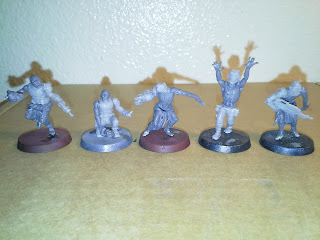 Its been a while since my last post. Lots of projects an RL. I will try and get some pics up on here of those projects.
Here is the first five plague zombies of a hoard of 110 that I am doing up. Will post updates as I have them.
Posted by David at 3:42 PM 3 comments: 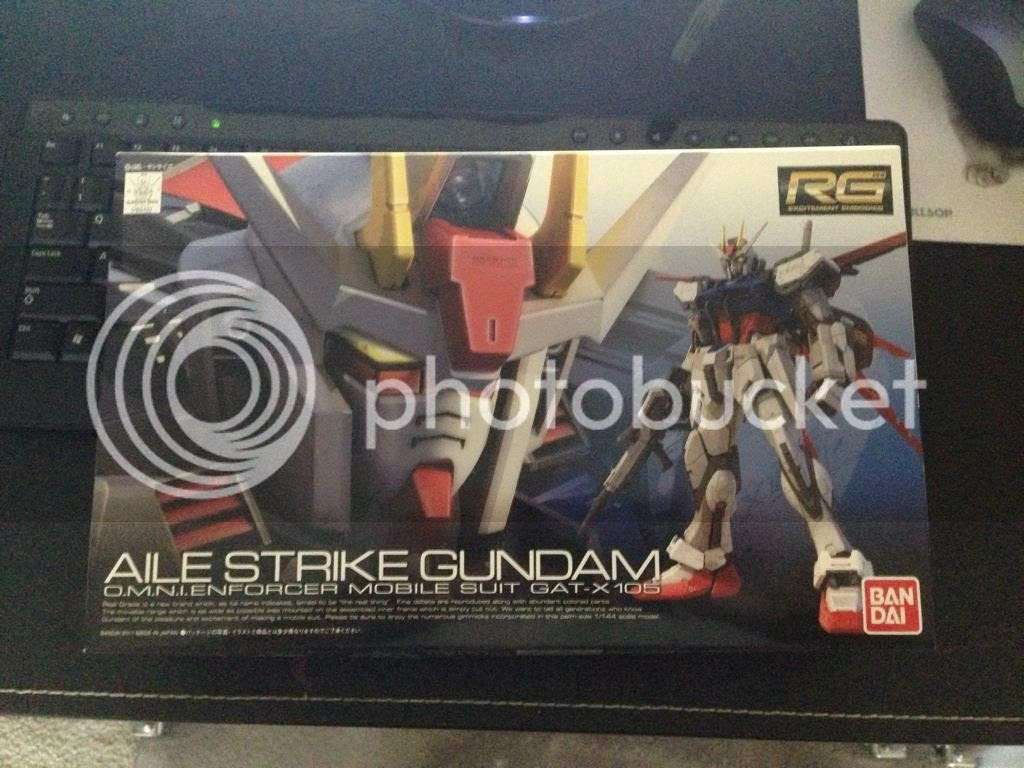 I recently got from my girlfriend a gift card from Robot4Less and I used it to buy the 1/144 RG Strike Gundam. Real Grade kits are along the same levels of detail and articulation you would find in a master grade kit. Normally 1/144 scale kits come in first grade (FG) which has barely any articulation and needs lots of coloring or they come in High Grade (HG) that does not require as much coloring but has better detail and the kits pose easier. On 1/100 scale kits you have the High Grade lines and then the Master Grade line which offers again superior articulation for the model kit. The strike gundam is a favorite of mine since it has a nice paint scheme along with its ability to carry different backpacks depending on the battle. The Aile pack offers mobility with a mix of ranged and close combat. The other 2 are launcher which is heavy range and sword that specializes in close combat. Here are a few more pics of my Work In  Progress.

I am posting this here on behalf of TheHod, the other contributor her on No Turtles Allowed. 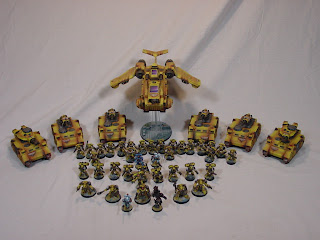 I recently sold a Lamentors army on Ebay and the buyer complained about the army and wanted a refund. He had buyers remorse and straight away opened a case and won so I lost the money from the auction. He said he sent it back but after a month of waiting (he lives in Germany) I emailed him asking what happened and no reply. I contacted ebay but had to go through the German site (because he opened the case in the German site)  and I complained the package never arrived. They said he supplied a tracking number but it was not my address and could not give me back the money that was automatically refunded to him. So not only am I out an army but I lost the money from that auction. The seller is joe_pepper on ebay. This guy not only scammed me but also stole an army so be on the lookout if he tries to resell.